In The Ring w/ Our Lynx Ambassadors 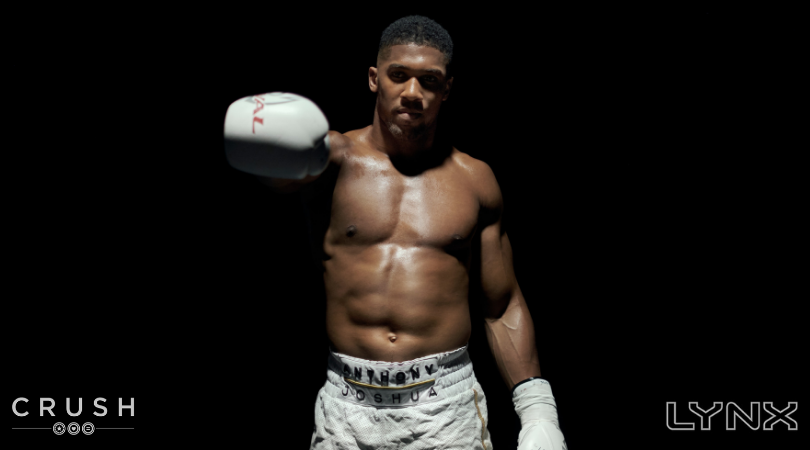 In The Ring w/ Our Lynx Ambassadors

In case you missed it, Anthony Joshua successfully defended his title against Alexander Povetkin on Saturday 22nd September. You may have been one of the 1M+ viewers who bought a Sky Sports Pay-Per-View, or lucky enough to have been amongst the die-hard fans, celebrities and general well-wishers who made their way to Wembley in support of the biggest icon the sport has seen come out of the UK in decades.

While there was only one champion; there were many winners both inside and outside the ring, from influencers gaining much sought -after access to the champ himself, to global brands lighting up the stadium with films worthy of Super Bowl halftime glory.

AJ has been one of the lead ambassadors for Lynx in recent years and along the way we’ve aligned him with other personalities from various areas of music, media, sport and entertainment which naturally bounce off each other. This autumn, the ‘Gold Brotherhood’ campaign featuring our other Lynx Ambassador talent; Dele Alli, Michael Dapaah and Not3s saw a real mutual respect and camaraderie come to life.

On the run-up to the fight, the Lynx ambassadors answered the call to take on a speed bag boxing challenge set by the champ. They got together and did their best to outdo each other against the clock posting their ‘performances’ on Instagram. AJ rewarded their efforts by sending out personalised belts to each of them as champions of their own ‘thing’. This lined up perfectly with everything Lynx stands for and advocates for young guys.

Our ambassadors then shot unboxing videos and we saw Michael Dapaah wear his belt proudly in an Instagram story, Not3s applauding the level of personalised detail on his belt, and Dele finally receiving an accolade for his time spent on Fortnite. These guys are more than just faces; their involvement has told a story for their brand over the whole year. Our target audience has seen their dynamic develop through their relationship with the brand.

The default mode for working with influencers and ambassadors can often be to think purely in terms of scale and reach. This can be so much more powerful however when ambassador relationships can be galvanised behind a shared interest, passion or ambition leaving room for everyone to win and have some fun while doing so.