Ditching the label for PAQ and Lynx 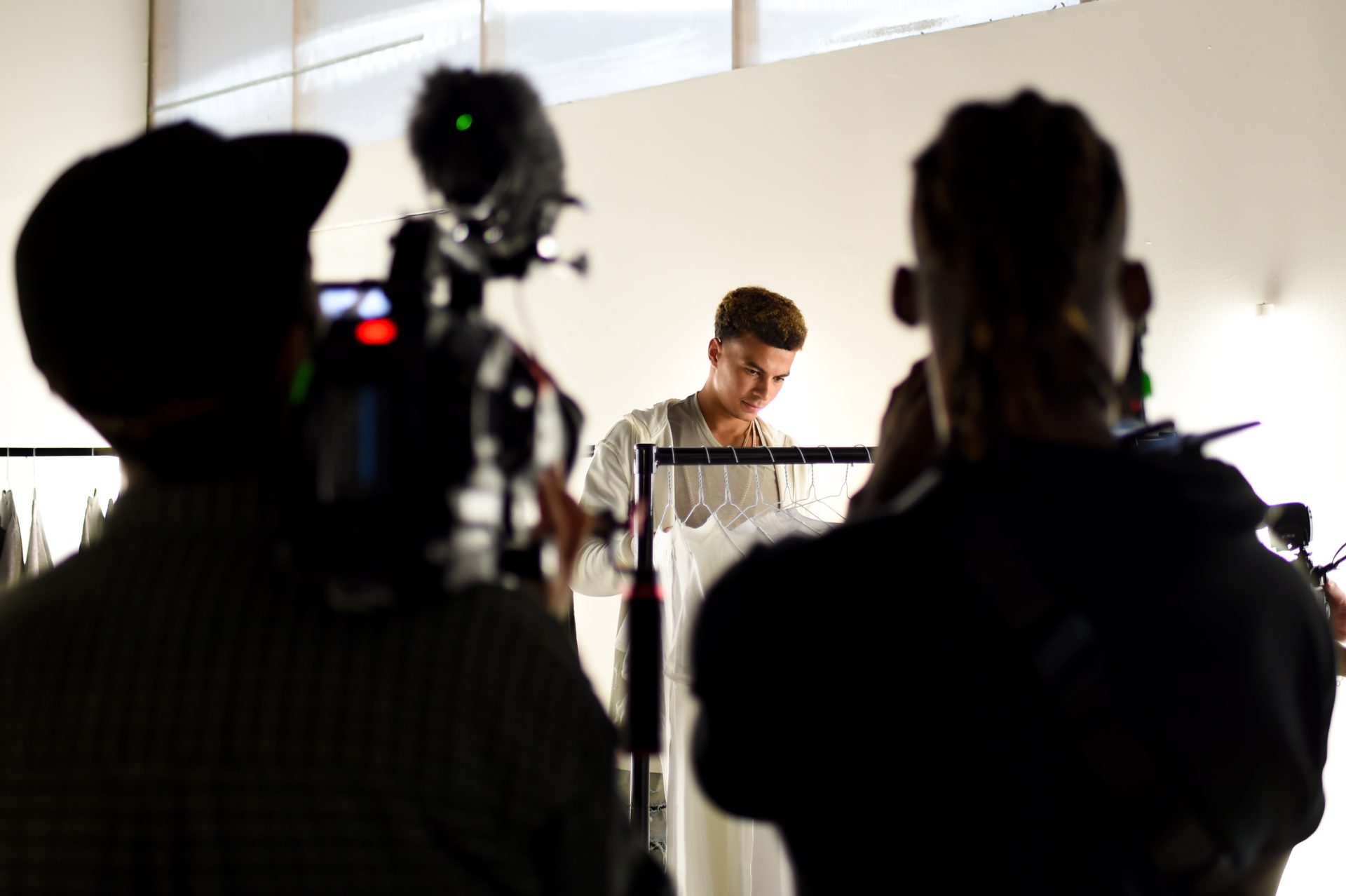 Ditching the label for PAQ and Lynx

Tuesday afternoon and there’s a lengthy queue blocking the pavements around Protein Studios in Shoreditch. These young streetwear enthusiasts have been waiting to get their foot into the one-off activation; ‘Unlabelled’ pop-up store; a collaboration between Lynx’s ‘Ditch the Label’ charity and the internet sensations, PAQ (Kyra TV). We brought Lynx ambassador, Dele Alli through to check out the limited edition collection and show support to the surprise of the queue outside which were adamant that he was a look-alike.

The premise was simple, in the name of the ‘Ditch the label’ anti-prejudice message the boys purchased and sourced a stock room full of both high end and budget items, then proceeded to remove the labels from them. In their own words “you could pick up a Gucci T-shirt for £15 or a Primark one for the same price”.

Whether you’re a fan of streetwear or not, it has been difficult to ignore the PAQ boys. The YouTube channel, created by KYRA TV reached 200,000 subscribers in under a year, quickly gathered a cult following within London’s subculture and became frequent collaborators with a diverse pool of big brands such as Adidas, Google, Puma, Converse and now, Lynx.

The popular group comprised of Dexter Black, Elias Riadi, Danny Lomas and Shaquille Keith bring the self-expressive streetwear scene together through their on-and-off camera camaraderie. There’s an honest dialogue about the shared adversity they’ve faced as a notion of strength, their collaboration with Ditch The Label made sense; considering their shared audience interests.

Ditch the label is one of the world’s biggest anti-bullying charities. Their campaigns have gained the attention of over 100m+ viewers worldwide; most notably with the recent success of the viral ‘Is It Okay for Guys’ in collaboration with Lynx. As a charity targeting 16-25-year-olds, they prioritise collaborations with others who share their anti-prejudice ambition.

For this particular project, the charity also took the initiative of creating limited edition Lynx deodorant cans in collaboration with PAQ which saw the brand remove logos from its can for the first time.

The PAQ boys have a dedicated audience; when combining this with the impact of a unique activation concept, the ambition of two great organisations, and the support of a relevant high profile ambassador you can see that this is more than a stunt. The real world impact is clear to see in the queue all the way down the block.