Introducing Big Has, a 6ft6 Turkish Cypriot giant that’s loved by all. Having worked as a plumber and security guard amongst other things, Has didn’t quite find his calling until he tried cooking. After graduating from Jamie Oliver’s 15 program back in 2011, he spent the next 10 years sharpening his skill in and out of kitchens all over London. Perfecting pasta at Palatino, grilling meats at Sardine.

Now an author, chef, and Youtube celebrity he stays close to his half Turkish Cypriot, half British heritage as well as his beloved Edmonton N9 which he champions fiercely in his successful cooking series Sunday Sessions.

Since launching in January 2021, the series has been a hit with viewers, thanks to Hasan’s charming personality and his yummy food. No matter what the weather is like, you can always find Hasan cooking up a storm in his back garden, using only the freshest ingredients.

Hasan’s restaurant career has had a focus on Mediterranean cuisine, but in his free time, he enjoys cooking food from all over the world. He has a simple approach to cooking and believes that anyone can do it, regardless of their situation or budget.

Last month was a big one for Has, as he finally saw his debut cookbook, “Home,” published by Pavilion. The cookbook is a collection of his favourite dishes from North London to North Cyprus, and celebrates the places and people that have made him who he is today.

Has built his brand on pure authenticity, proving that you can win attention and credibility at the same time while staying true to who you are. If you ask him he’d probably say he feels like he’s had five careers already but is only just getting started. We’ll be paying attention and can’t wait to see what he creates next. Hassan Semay we salute you.

Check it out on amazon:
https://swiy.io/ANyz 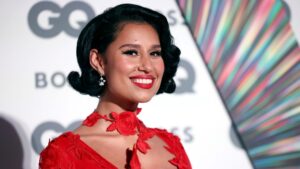 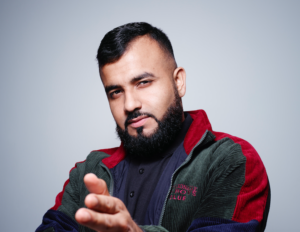