When you think of iconic Leicester brand-builders, Gary Lineker, Gok Wan or even Engelbert Humperdinck might just come to mind but allow us to introduce you to a name you may be less familiar with, Gashirai Gondo – better known as Sainté.

Since dropping his debut, “Envy Me”, back in 2019, he has been quietly building a tribe of influential fans. He’s all about positivity. In his interview with Soho/Shoreditch House, he described his sound as relaxing, hyped and feel good. Like the British rap icons who came before him, he is here to make a mark on the world in as many ways as possible. He says that if he weren’t a rapper, he would be a teacher or an actor, and in a way, through his intelligent lyrical wordplay and undeniable charm, he’s already delivering on both.

He recently talked to GRM Daily about coming from a smaller city.

“Oh, it was cool. I mean, I’ve always loved the city. Obviously, it’s not as big and mainstream as a power-city like London, Manchester, Liverpool or Birmingham, but there are pros to living in Leicester that have helped me become the guy I am today. Just how small and intimate the city is. It’s comfy, and you end up making friendships with a lot of people around the city.

I played basketball as well, and it was a cool way for me to connect with other people and get a good reputation, so that helped me with my music. Most people my age in the city know who I am because we’ve seen each other in sports or music, so it’s a cool place to have grown up.”

We like “Stylin”. It’s the definition of smooth. Sure, Sainte floats on the verses, but it’s the hook where he shines.

Just when we thought we’d heard everything the genre has to offer, we’re introduced to another nuanced perspective to lead a new wave, and for that, Gashirai Gondo, we salute you.

Watch Sainté showcase his smooth flows and effortless bars in ‘Compare’, a slick track lifted from his latest EP ‘Vacationz. 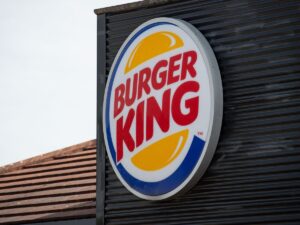 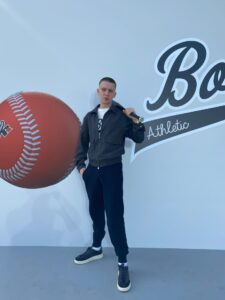 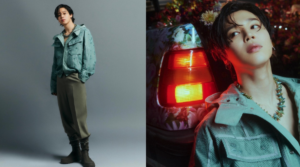