Brand Builder on the rise ?

He rose to fame with his Iconic debut country rap single “Old Town Road” in early 2019 before climbing music charts internationally and becoming diamond certified by November of that same year.

“Old Town Road” spent a wapping 19 weeks atop the U.S. Billboard Hot 100 chart, becoming the longest-running number-one song since the chart debuted in 1958.

Lil Nas X came out as gay during this time, becoming the only artist to do so while having a number-one record.

Many dismissed him as a one-hit wonder or gimmick, yet he’s gone on to win numerous awards and return to the Billboard chart summit three times in as many years.

Never shy to hack culture, we now see Lil Nas X once again appearing where artists of his kind have never before ventured.

The global gaming mega-brand that is League of Legends just announced Lil Nas X as their “President of League”.

Riot Games announced that the two-time Grammy winner now holds the honorary title of “president” of League. Yes, it’s a goof, but the collab is real:

Nas’ forthcoming single “Star Walkin'” is now the official anthem of Riot’s League of Legends World Championship. The track and video dropped on September 23 and a live performance scheduled for the tournament’s final round on November 5.

The music video for the song brings together the city of San Francisco, the event’s home city, and LOL esports pros past and present, some of whom ride atop the shoulders of a mechanical Kaiju because, why not?

Animation for the video comes from animation studio The Line, which has a long history with the LOL brand.

The new video/song perfectly captures the relentless competitive drive of our pros,” says Riot’s global head of esports creative Carrie Dunn in a statement. “The Worlds Anthem comes with high expectations. It needs to inspire our pros, hype our fans, and prepare a live stadium audience of thousands – and a broadcast of millions – for the ultimate competitive showdown. I can confidently say Star Walkin’ did just that.”

In case you’ve missed it (which would have to mean your internet’s been down). Here it is in all its glory:

Lil Nas X burst onto the scene in a wave of controversy, causing a whole cross-section of culture to question their values and perspectives. More powerfully, within that social media storm, he seemed to find his voice. That self-awareness has guided him to convert a seemingly overnight success into a bona fide career which is no easy thing to do. Who’d have thought the marketing prowess of Madonna would be born again in a young black rapper from Georgia? He is a champion for causes and a fearless, creative brand builder with the instinct to be around for as long as he chooses. Montero Lamar Hill, we salute you. 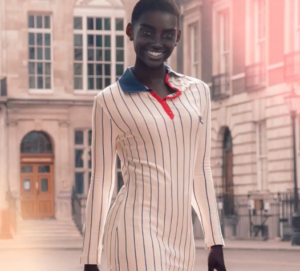